"Life is Better for the Rich" and other Limiting Money Beliefs 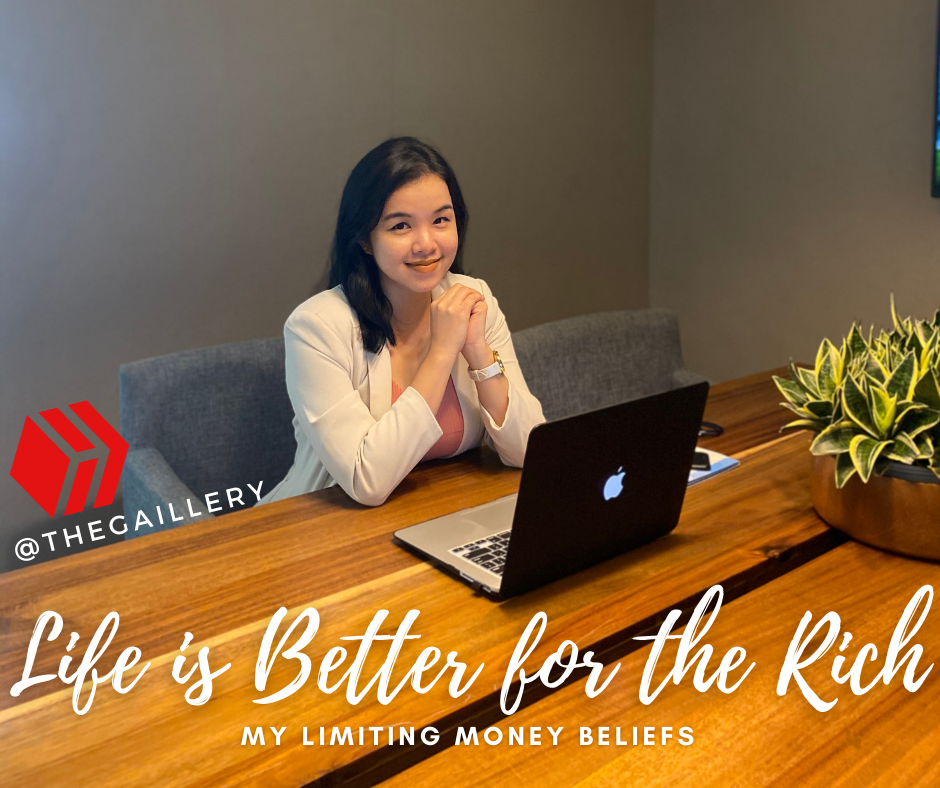 I grew up in a small village with my ma, pa, grandma, my single uncle, my aunt and her family. My dad had a good-paying job and I was an only child then. As the first baby in the family, all the love was poured onto me. I don't recall those times in my memory but my grandma would love to remind me every now and then. My ma, pa and I were a young family. They were still figuring out parenting stuff together and those days were messy. Good thing I had my baby cousin, who was a year younger than me. We were pretty tight and we had each other's backs like Batman and Robin. All was well and good until...

She'd have cooler toys and she'd get a gift from Santa Claus come Christmas time. No matter how much I kneeled and prayed and stayed good to make Santa notice me, it would seem that Santa had his favorites. I realized later on that it was her parents who gave her "Santa's" presents. My grandma and our neighbors picked my cousin over me too. My cousin was an extroverted happy kid and everyone would just want to play with her. I'd get jealous because nobody would choose me. I was the quiet, introverted and shy girl making it a no-brainer for people to flock to her.

My parents had their second, third and fourth child. I had younger siblings now. Cool, right? I'd have instant playmates who have no choice but to play with me. It was only later when I realized that more siblings meant more expenses for my young family and therefore, lesser resources for me. To make matters worse, my siblings preferred to play with my cousin over me. I was a jealous little kid. My jealousy grew and I had a hard time confiding this to anybody because I already knew what they would tell me, "Don't be jealous, don't overreact. Just go and play with them." I was never satisfied with their brand of reassurance. I could only think of one reason why people loved to be with her more than me - she was rich.

Looking back, of course, I can say I know better now. But those experiences shaped how I viewed and wanted to be rich so bad. More money means more love and therefore more happiness. Such naivete right?

As I matured and consumed more content on how to build wealth, I found out that I was pursuing wealth for the wrong reasons. I was doing it for revenge, resentment and thinking that somehow I can buy my way out of loneliness. Right now, my heart's deepest desire is to make things right. Starting with the most powerful weapon at my disposal - my thoughts.

I started off on the wrong foot and to make it right, I have to unlearn the limiting beliefs to effectively replace them with empowering ones.

So what is a limiting belief?

This definition is from lifehack.org. A belief can either be true or not true. I think the true power of a belief isn't in its validity but in its huge impact. It greatly affects your actions and they can hold you back from reaching your true potential. In my journey to pursue wealth, here are a few of my money beliefs that I consider limiting, oh, and pictures of cats just because 😆: My sister and I agree that we got this limiting belief from childhood because our well-off aunt treated us poorly. We got the impression that all rich people must be as mean as them just because they had money. We couldn't be more wrong. The truly rich that we know now have hearts of gold. They are cheerful givers and would gladly give the beggar knocking on their car windows money. It's not true what they say that money is the root of all evil. Money merely amplifies the nature of its owner. If the owner is already mean deep inside, money will amplify that. If instead the owner has a heart of gold, I'm sure the money will make them even more golden.

We have to unlearn this limiting belief because this maybe the reason why people treat pursuing wealth as pursuing something that is evil. True wealth can be a fulfilling and noble achievement.


Limiting Belief #2: I have to leave my country to become rich My workmate fondly recalls the reason why he chose to work in the financial industry right after finishing college. He was working as an on-the-job trainee when he saw the paycheck of our now leaders in the industry. He was mindblown how that experience shattered his belief that going abroad is the ticket to financial freedom. He couldn't believe his eyes when he found out that earning that much was possible in the Philippines.

This limiting belief hits home for me because I am a daughter of an OFW who managed to finish college through our dad's labor outside of the country. I witnessed firsthand how my father missed a lot of family time because he had no choice but to leave for greener pastures. Thirteen years have passed and my dad had reaped the fruits of his labor in the form of two college graduates. But did we become wealthy? This is an easy question to answer - no.


Limiting Belief #3: I will be a millionaire if I join TV contests This is something that I found out recently after I set a goal of reaching a million (liquid or easily withdrawable) by the end of this year. I began to notice that after I set my sight on that goal, I was sabotaging myself by spending more that what I normally would and saving erratically. I realized that in my subconscious, I didn't believe that I will be able to do it. I grew up watching Filipino TV shows that gave 1 Million Pesos (around 21,000 USD) as their grand prize. In my head, I'm only going to be a millionaire when I win that amount of money. No saving, investing and hustling will get me there.

We need to unlearn this limiting belief because building wealth can actually be treated as a marathon. Discipline, creativity and good old hard work can take us there. When we see it as such, we would appreciate it more and there's a bigger chance that we won't waste a good opportunity when it reveals itself.


Limiting Belief #4: The rich got to where they are because they got lucky This got to me strong when I was still struggling as a full-time financial advisor. I saw how my boss and her colleagues rake in big cases effortlessly and my pride shrugged it off as "Ah, they just got lucky." Boy, was I dead wrong. My boss and her colleagues got to where they are not because of pure luck alone. She tells me her struggles when she was just starting and I couldn't help but regret dismissing her achievements as pure luck. Truth was, my boss is consistently excellent and focused - that's why she's enjoying her success and her wealth right now.


Limiting Belief #5: I can only be happy when I have more money I consider this a limiting belief because it places the focus on the future and takes away the fulfillment of the efforts you've done in the present. There is a comforting sense of fulfillment when you do the right things in the present. When you focus on the future thinking that achieving more or getting the next big thing are the keys to happiness, it's only a matter of time until you're exhausted and burned out. It's not healthy for any of us.

For me, I find that fulfillment and the thought of growing as a person gives me true happiness. They gave me the hope that I need to push through in my journey to building wealth.


Limiting Belief #6: I don't give because there'll be less for me 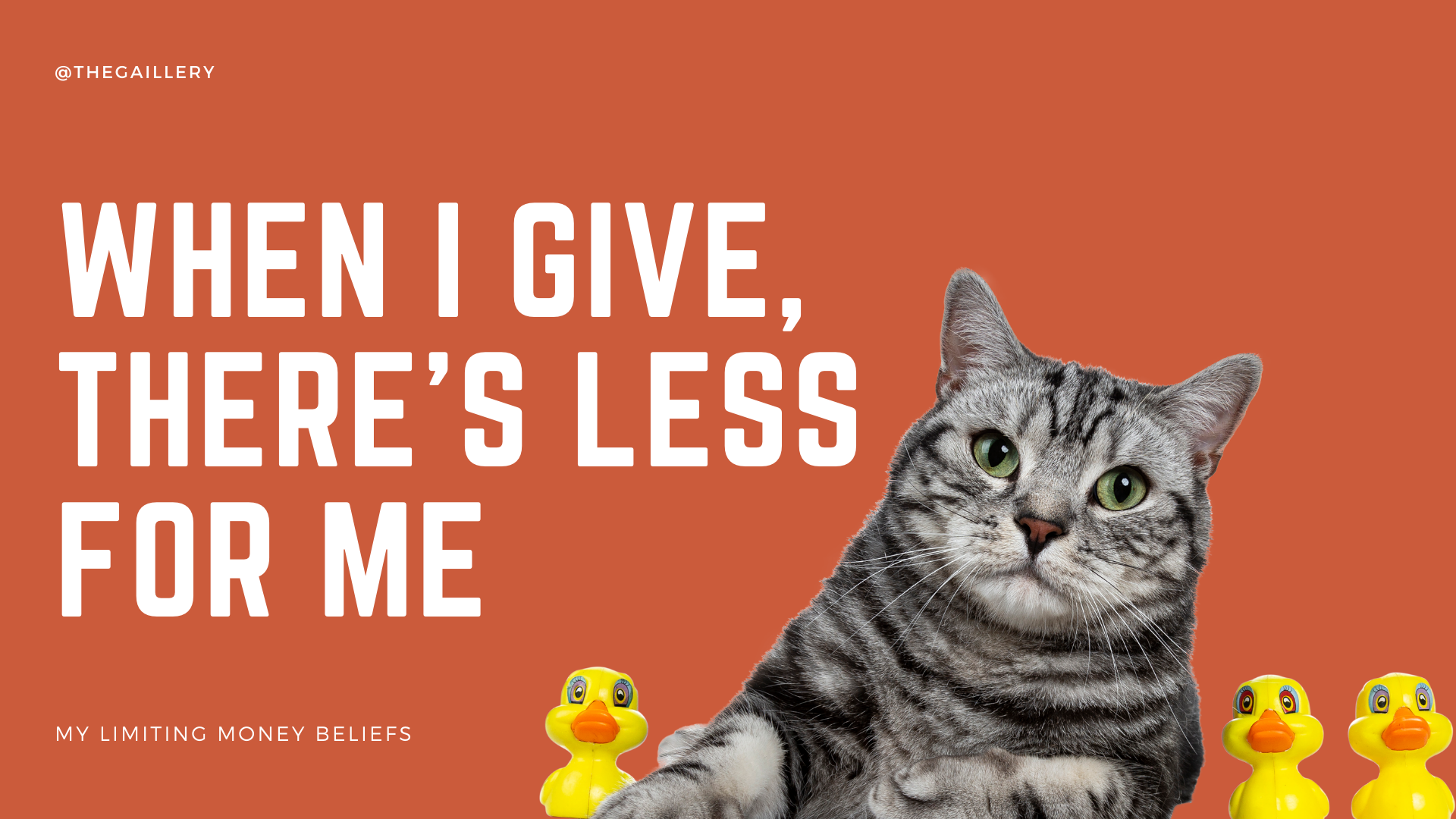 The law of abundance is weird. It states that the more you give, the more it will come back to you. It doesn't make any sense if you are so used to operating with the scarcity mindset. I am guilty of having the scarcity mindset too but I am working on it slowly but surely. What giving does is it makes you think that there is plenty to go around because you are freely giving. This thinking creates a sort of attraction for you and the abundance coming for you.

It's like what they say when you love. The more tightly you hold on to love, the more it will suffocate you but if you just let it run free, it will freely find its way back to you. This has got to be my most favorite limiting belief to unlearn. I'm so used to equating effort with value, not realizing that what is most felt by my clients, my bosses and the people around me are my results. A person who is exerting too much effort can still be inefficient at the job-at-hand. But the person who ultimately solves the problem is the one whose solution has provided value to the people they serve. People would love to pay you if they see your results, so work smart!

So that's my story hustler Hivers. What limiting beliefs do you relate strongly to? Do you think I can make a million by the end of the year? 😆 Let's chat in the comments section below. 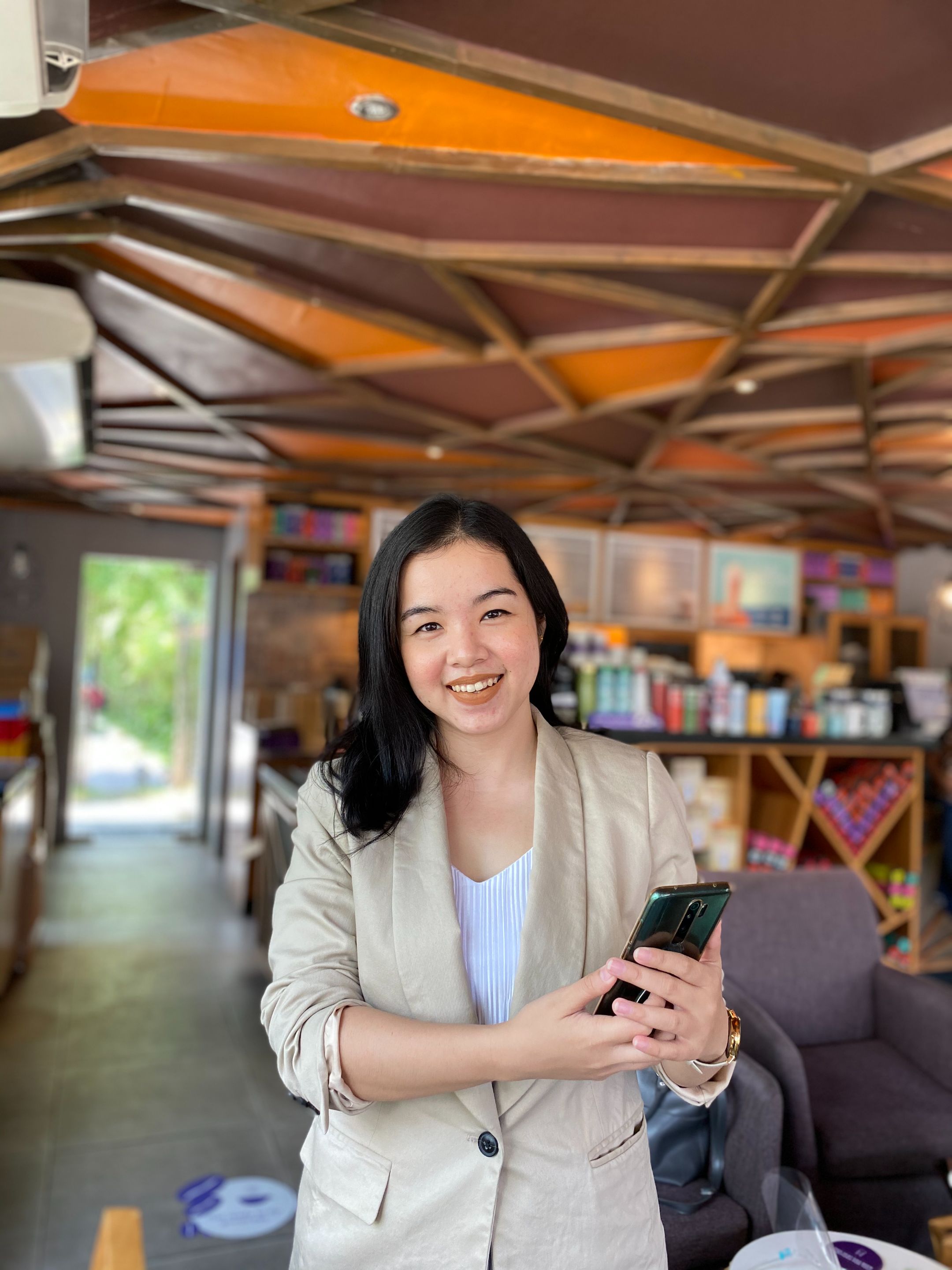 She is on a mission to become better than who she was yesterday. A chemical engineer and a financial advisor, she hopes to give value to this space as a motivated individual. She found the perfect marriage of what she wants to do in life and her mission in financial advising. She balances her work and life at the comforts of her home. She loves to meet like-minded people and watch The Bold Type in her free time. Watch this space for tales of self-improvement and self-acceptance, per Mark Manson, "the philosophical tightrope."

You can login with your Hive account using secure Hivesigner and interact with this blog. You would be able to comment and vote on this article and other comments.